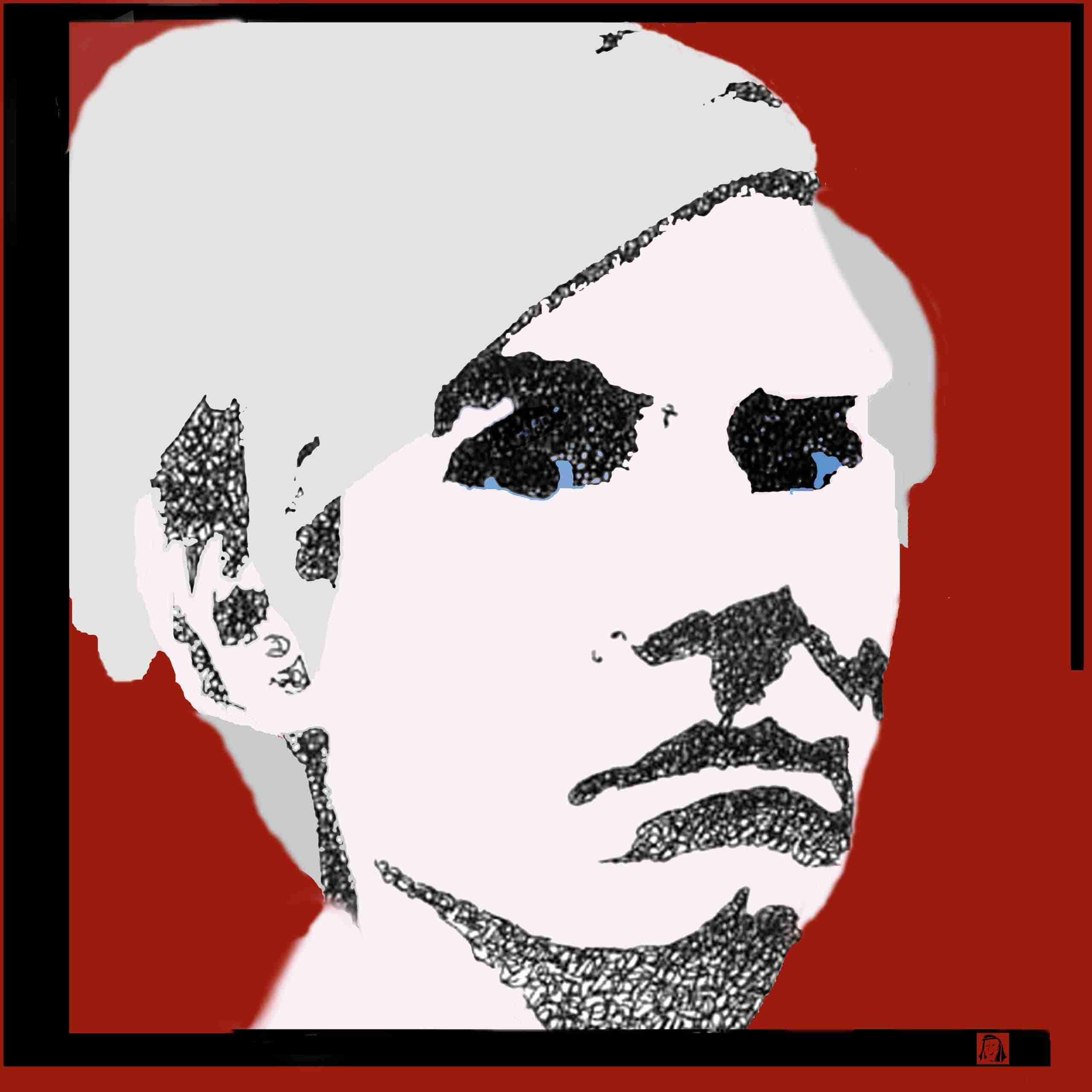 Andy Warhol’s short life, from August 6, 1928 to February 22, 1987 gave him enough time to change the art world. The changes he originated in painting, printmaking, publishing and video to inspire us today.

The greatest compliment and honor one artist can pay to another is to be inspired by the other’s work. Being inspired does not mean being a copy-cat. Artists are a lot like scientists who build on the discoveries and work of other artists. Only the greatest artists can impel and inspire the ongoing flow and changes in art.

As an artist Warhol’s work continues to inspire and effect my own. He is one of the greatest artistic influences on my work. His use of symbols in Pop Art, especially in his later work, mutates through other artists such as Jasper Johns and Word Artists like Jenny Holzer and Lawrence Weiner to become the strokes of my Post Conceptual Art in the twenty-first century. Warhol’s influence on my work becomes visually obvious with my Essence Portrait of him. It was my first of the portraits and it inspired the rest of the series. It is created out of small strokes of the original alpha-numeric, phonic and binary symbols that are original to Psalm 19, which is also my favorite psalm.

Today, in honor of Andy Warhol’s birthday, I’m posting my first prototype altered version of a basic Essence Portrait. Again, in homage, I’m parodying Warhol’s own Double Denied. It is part of a presentation and work I am creating for a new series about social media. This series uses avatars, including portraits.

So Happy Birthday Andy Warhol. Thanks for changing how I see the world.