The announcement by Scope Hamptons that it would skip this year, no doubt aided Art Hamptons, which for the past two years has reigned as the tony area’s only art fair.

Visually, it is an interesting show as cutting edge emerging contemporary mixes with blue chip artists; and galleries from Asia, Latin America and Europe go toe to toe with local galleries; plus prices range from $2,000.00 to $2 million. Plus, this year’s fair is a carbon-neutral event, an achievement that deserves mention.

Friedman smartly schedules his fair to coincide with other important Hamptons art events, such as the Parrish Art Museum’s Midsummer Party, which occurs the weekend following the July 4 th weekend.

When I attend fairs, I know I will blog on what I appreciate because I like to share good art and news with my readers who are now often also my friends on sites such as Twitter and Facebook. There is not time or room in a blog to mention everything, but what follows is some of the best of what I found.

Early on in my trek through the fair, I was looking for Caren Golden and here gallery as I always enjoy seeing her and the Caren Golden Fine Art gallery’s artists, which I have mentioned in past blogs. I was well rewarded as I found work by Devorah Sperber , an artist whose work I first saw at the gallery’s booth at a Pulse fair. By then I had my limit of images fort hat blog, but now I have the opportunity to share one here. What you are seeing is spools of thread, used as strokes to create a portrait of Marilyn Monroe. 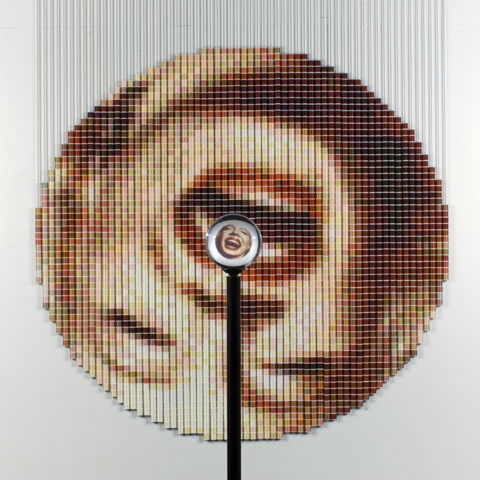 I’ve enjoyed shows and openings at Denise Bibro Fine Art in Chelsea and was happy to see this booth. I wanted to include some work by Jerry Meyer, but although Denise graciously offered to allow me to use an image here, due to my blog’s size constraints, I knew the important details would not be easily visible here. In THE HIT PARADE , Meyer presents a kind of juke box display that riffs on senior citizens. Song selections include: By the Hardening of the Arteries band- “Killing Me Softly”, by the Al Zymer and his Orchestra—“Where Did I Put the Car Keys?”, and by Lust to Dust—“I Left My Libedo in Toledo”.

It was fun to chat with local artist James Kennedy, whose was on view at the booth of the Surface Library II, in East Hampton.

As an artist, always enjoy meeting other artists. It was also good to meet Fedele Spadafora who was accompanying his art.

Gallerist Lisa Cooper of Elisa Contemporary Gallery donates a portion of every sale to philanthropic organizations that serve children and families through art. Currently the gallery supports Free Arts NYC and Creative Arts Workshops for kids. It was a pleasure meeting Lisa and seeing the art in her booth.

At Consorcio de Arte there were wonderfully lyrical new all white collage paintings by Paula Rivero, which would be included here, except the constraints of a smallish jpeg image cannot do them justice, as the texturing is what sets this work apart. Thanks to Solange Guez , Co-Director of the gallery, who took me into a separate room to see more of this exciting artist from Argentina.

A.I.R. Gallery was founded in 1972 as the first all women’s gallery in the United States. You do not need to know that to be drawn into their booth by the quality of the art they show. I enjoyed meeting gallery director Kat Griefan and Simone Meltesen, executive assistant. 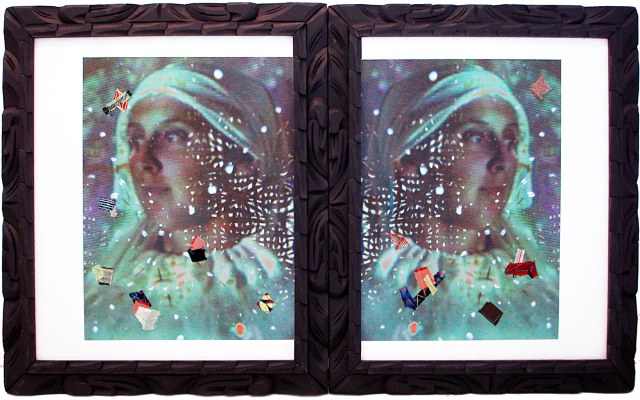 At last year’s fair images by and of Andy Warhol seemed to be everywhere. Although one can almost always find a reference to Warhol at any fair that includes secondary market galleries, this year the splendid glut was gone. However, a wonderful photograph that features Andy and Edie Sedgewick at Tulla Booth Gallery ‘s booth sated my Warhol hunger. Tulla is a charming lady who shows top notch fine art photography in her Sag Harbor gallery.

I enjoyed the work at Tria‘s booth where I discovered work by Casey Voyt, especially “They Came to Snuff the Rooster”. It was delightful to meet gallerists Carol Suchman and Paige Bart who are friendly and helpful. This gallery also supports various arts charities.

This year Mark Humphrey Gallery, hailing from my hometown of Southampton had a booth, which featured prints by Alex Katz, Damien Hirst and Roy Lichtenstein.

Silas Marder Gallery, a young local gallery that the Art Hampton’s fair was represented by a wall—no need for more considering the gallery is actually located next door to the site of the fair!

Moscow’s Galustyan Gallery introduces Russian artists to the world and international artists to Russia. Their booth had a mystical work by Robert Bery, who has helped in a legal fight to protect and extend the rights on NYC Street Artists. 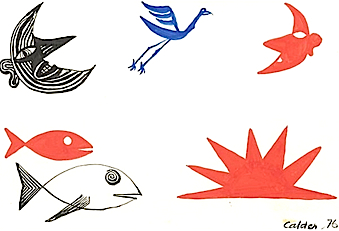 Mark Borghi Fine Art‘s booth is both last and first for me at this fair. Situated at the fair’s entrance i sets the bar. It is also always the last booth I visit, even though using an exit would be more convenient. I double back because I want to refresh my eyes and hold the vision of the works I see there as I leave the fair. Among the Modern Art treasures was an Alexander Calder that delights me with its playfulness and I hope it will do the same for you. In addition to gallery’s in NYC and LA, Mark Borghi maintains a year round gallery on Main Street in Bridgehampton, which has quiet little shows that can rival what is at the local museums in quality.

All images used courtesy of the galleries.

* * *
Post Conceptual UnGraven Image Art theory is based at the intersection of ancient spiritual wisdom and cutting edge contemporary science. It shows us a new and enhanced spiritual and science based way to see the world. It is a life changing vision that can even become an actual new way of seeing that is a fulfillment of biblical prophecy. Can this be true?  See for yourself. See more. Read:  In the Beginning